PSA doubling time means how long it takes for your PSA, prostate-specific antigen, to double after surgery or radiation, with faster rates often indicative of cancer.

Despite all the controversy around PSA testing, the medical approach to prostate health is to do a PSA blood test. However, studies are still being done as to the advantages and disadvantages of using PSA to screen for prostate cancer.

Higher levels of PSA, according to doctors, indicate the presence of cancer, although there are many reasons why PSA levels can be high other than cancer. Many experts now discount the test. This also puts into question PSA doubling time.

Remember that doctors need to protect themselves from lawsuits, so they have a lot to gain by your having a biopsy and a lot to risk if they do not recommend the test for you.

There are real dangers of paying too much credence to higher PSA levels given that it will likely lead you down the road to a biopsy. The exception could be if a DRE (Digital Rectal Examination) reveals growths on the prostate that your doctor can feel with his finger.

Prostate-Specific Antigen or PSA is a protein discovered by Richard Ablin, a research professor of immunobiology and pathology at the University of Arizona College of Medicine. Both normal and cancerous prostate cells produce PSA, which is a marker of inflammation.

Because PSA is found in blood, the PSA test is done with a standard blood sample, which is then measured in a laboratory. The same doctor invented the PSA test, the most popular tool for detecting prostate cancer. In 1994, this test was approved by the Food and Drug Administration (FDA).

In the case of men who have undergone a surgery or radiation, their blood is regularly tested to see if there is a rising trend in PSA. When they begin monitoring and how they interpret the PSA levels depends on whether the treatment was surgery or radiation. PSA monitoring is used to gauge whether or not your initial treatment was successful and, if not, how fast the cancer is progressing.

Ideally, after you have been treated for prostate cancer, PSA levels should get very low, but this differs again depending on treatment (see below). Often levels begin to rise before there are any symptoms.

Like so many things, it’s never that simple. If you decide to go with conventional treatment – the cut/burn/poison route – or if you already have, be curious and ask your doctor questions. Remember: your doctor doesn’t always know how to interpret your PSA results.

If you submit to a radical prostatectomy (RP), or removal of the prostate gland, you’ll likely be told to wait about two months before getting your first PSA test. That’s because PSA can stay in the blood for up to 1 – 2 months.

After that time period, your doctor will take the first of several PSA blood tests. It should be undetectable, meaning 0ng/mL (nanograms per millilitre) as all prostate cells, which produce the PSA, would have been removed from the body. There is still some controversy about what an 'undetectable' amount of PSA is, largely due to the variations in lab equipment sensitivity.

The next two times you are tested, ensure the tests are at least two weeks apart. Also, ask your doctor if the blood is being analyzed at the same lab. PSA blood test results greater than 0.2ng/mL are the most widely accepted definition of a cancer recurrence. If PSA is still being produced, the cancerous prostate cells have spread. You and your doctor will need to start measuring the PSA doubling time.

The drop in PSA with radiation therapy is different than it is for surgery. In the case of radiation, it could take two years for the PSA to drop to its lowest level. This is because not all prostate cells are killed as a result of the radiation, and some normal prostate cells can remain to continue on producing PSA.

Also, doctors don’t expect the levels to drop as low as they would from a total prostatectomy, which makes sense. These two years can be a very stressful time. PSA is being monitored with blood tests every few months, but there won’t necessarily be a steady decline in PSA.

There will be fluctuations and a small rise doesn’t necessarily mean cancer. However, if there is a rise on consecutive tests, the doctor will start measuring PSA doubling time. Unfortunately, not all physicians agree on the amount of rise from the PSA base level to advise of cancer recurrence.

Keep in Mind this about PSA Doubling Time

There is still much debate and controversy over PSA in general and post-treatment levels. Be prepared to ask questions and counter any doctor who sounds certain about the levels. Educating yourself is your greatest tool!

Some men will develop a form of prostate cancer after treatment. Even if it’s not curable, it may be treatable for a very long time. For example, studies have shown that pomegranate juice may slow the progression of cancer by increasing the PSA doubling time up to four-fold.

Following the diet recommendations in Healthy Prostate, will also slow the PSA doubling time and mitigate inflammation of the prostate. You will see a huge difference in your health, prostate and otherwise, by reducing refined foods and foods loaded with pesticides, hormones, MSG and its derivatives, antibiotics and other non-food ingredients.

To me, the bottom line is this: if your life expectancy is no greater if you do a biopsy and then treat for cancer, why not avoid this route entirely? 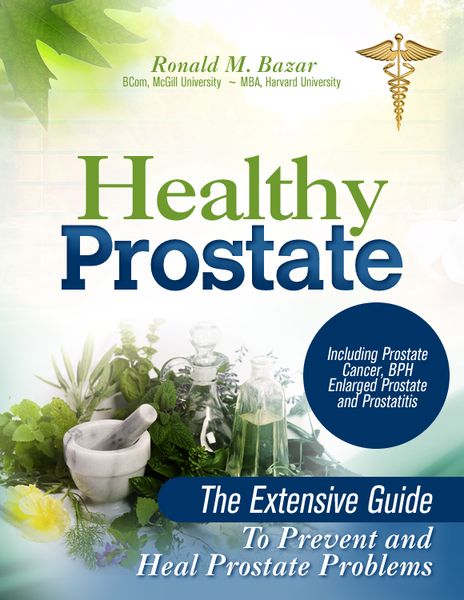 Instead of dealing with the inherent risks of the biopsy itself, make the changes recommended in this site or my book, Healthy Prostate to eliminate the causes of cancer and to reverse it if it is there.

Cancer is nothing but a healthy reaction of the body to inputs that have weakened it. Stop the bad inputs, cleanse the body, eat optimum quality, real food, and center on any emotional health issues through stress reduction and meditation.

You can avoid all these complex PSA Doubling Time issues and the path to slice-and-dice medical intervention that is not proven to extend your life and may very easily reduce your quality of life afterwards.